In this post I’d like to provide a brief summary about what it takes to try OpenCV from a Java application on Ubuntu. OpenCV is a great open source computer vision library, written in C++. It has great tutorials (go ahead and read them, if you haven’t already), but anyway, I’d like to share some of the gotchas I’ve encountered along the way.

The source code is in a public Git repository hosted on Github. Clone it and switch to the 2.4 branch.

First, create a directory for the build in the cloned directory.

Then configure the project with cmake with BUILD_SHARED_LIBS parameter unset. From the docs: “When OpenCV is built as a set of static libraries (-DBUILD_SHARED_LIBS=OFF option) the Java bindings dynamic library is all-sufficient, i.e. doesn’t depend on other OpenCV libs, but includes all the OpenCV code inside.”

Ensure that the output contains something like this in the Java section:

It’s important to note, that you can continue if the Java dependencies are not set appropriately, but the compiled version will not include Java bindings.

After the necessary changes rerun cmake and make sure to everything is correctly set up.

(The -j option specifies the number of jobs to be run simultaneously.)

This is going to take a while, but eventually it creates a JAR (bin/opencv-xxx.jar) containing the Java interfaces and the files of native library.

With the following steps, you can use the compiled library directly from Eclipse. 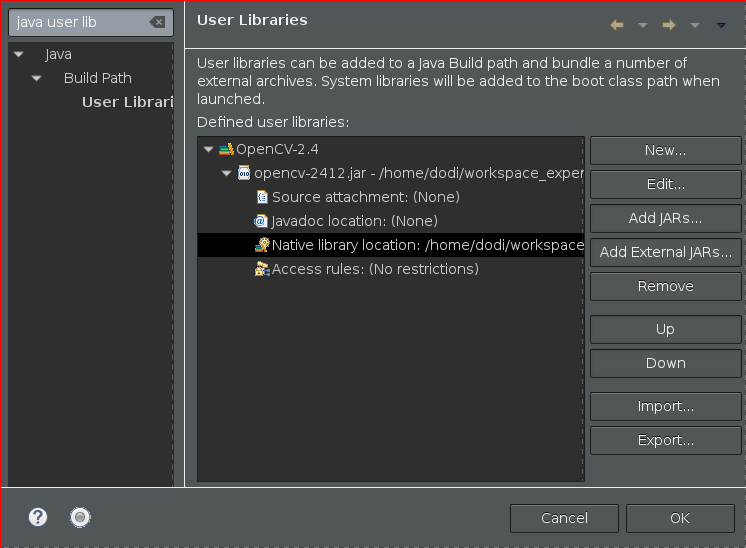 For the test, create a simple Project: 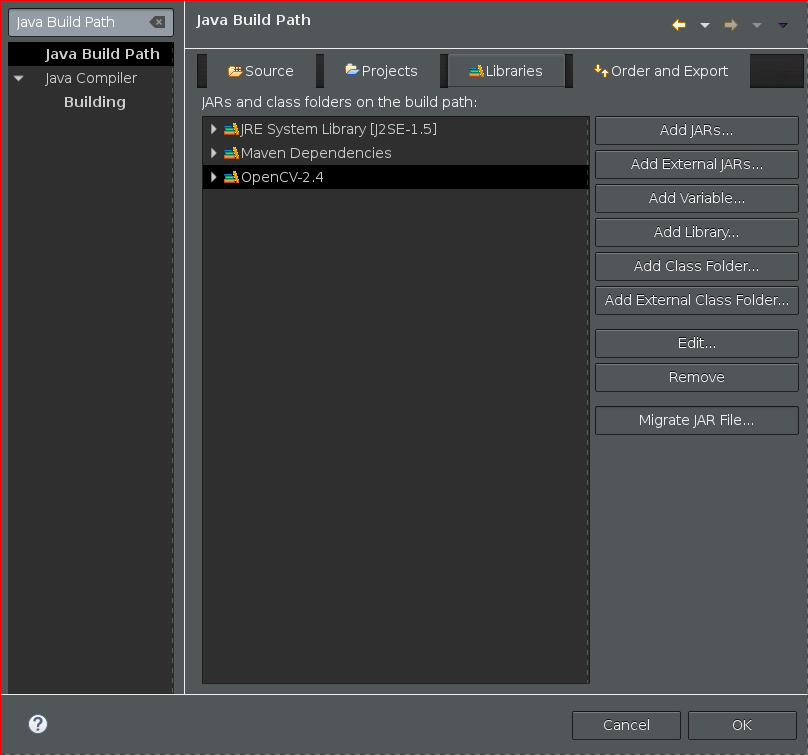 If everything is fine then running this program should print the 3x3 identity matrix.

In this article
1. Get the source2. Compile3. Try it