IAM roles are a way to use temporary credentials to access AWS APIs. Using them offers a more secure and process-based access to secrets. There are many use-cases for roles, and as a rule of thumb, they are superior to embedding IAM user credentials.

A credential in AWS is a pair of access key id and a secret access key. AWS APIs require them to sign the request, and everything that accesses resources in an account goes through the process. The AWS CLI and the SDKs make this process transparent, but it’s there nonetheless. Use-cases for IAM roles
Roles can give cross-account access, federated login capabilities, and a lot more

IAM users can have access keys on their own, and these are long-lived credentials. On the Console, these are listed under the Security Credentials tab.

A key is active as long as it’s in the Active state and it’s not deleted. And it provides the same level of access to the account as the user.

The secret access key is visible only when you generate the key. On the Console, it is shown in the dialog: 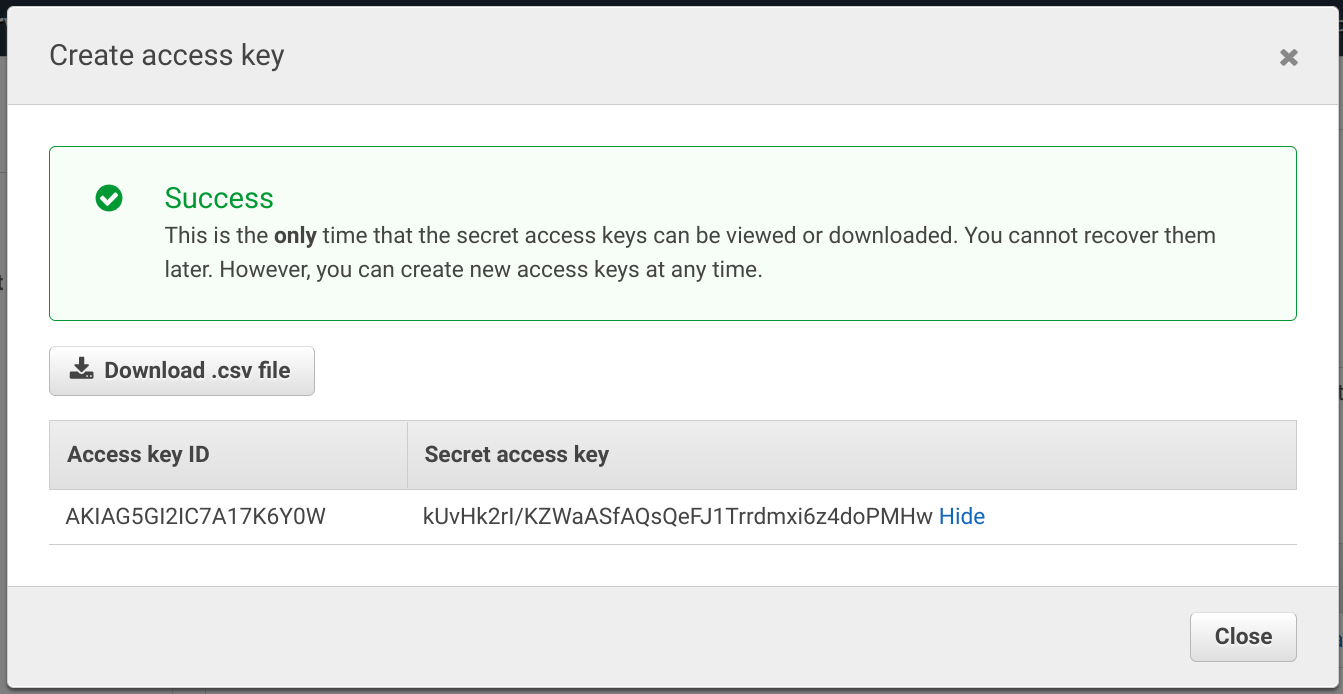 Because these keys are permanent, there is nothing that prevents a malicious party to use them indefinitely. It’s a real risk that someone generates a key, puts it into a system somewhere then forgets about it completely. And as there is no connection between the key and where it is embedded, a security audit can only see that the key is active. AWS IAM deep dive: How IAM users and groups work
How to give Console and programmatic access to the AWS account

A role provides the same access key and secret access key but with a timestamp attached. After a set amount of time, the credentials become unusable and whoever wants to use them must request new ones. This is done using the assume role action.

On the role’s page, you can see the Maximum session duration. This can go up to 24 hours.

Who can use the role?

Assuming a role requires permissions. First, the role has to define who is trusted (using the trust policy), then the identity (user or role) needs the sts:AssumeRole permission. Because of this, using a role requires an identity inside AWS. This can be a user, another role, even in a different account, or a service that supports it. But you can’t use a role directly with a web-based login on your website, you need to use Cognito or SAML for that.

With roles, issuing the credentials are part of a process. When a security auditor inspects the account, he can see which roles are used and by whom.

How to use roles

Roles have wide tooling support as they are an integral part of how systems work. The Console allows easy intra- and cross-account access with a one-click switch to previous roles. The AWS CLI similarly supports them via profiles, and the SDKs have built-in classes too.

On the Console, you can use the link on the IAM page to switch to a role, or you can input the account ID and the role’s name manually. Both works for both same- and cross-account.

When you use the Console via a role, you’ll see the role’s name and the account ID on the top right:

Using a role with the Console requires more permissions than the CLI. For example, even if you have an s3:GetObject permission to a specific object, but unless you also have the s3:ListAllMyBuckets you won’t be able to select the bucket.

The AWS CLI supports roles via profiles. Hardcoding the role’s ARN is useful when you use it regularly and want a quick way to switch to it.

To use S3 with a specific role, use:

The first is how long the role is valid when it is assumed. This is the DurationSeconds parameter:

Note that it does not guarantee that when the credentials are used they are still valid for that amount of time. If the code makes 2 calls 15 minutes apart then the second won’t refresh the credentials so it will be available for a shorter duration.

To control the minimum amount of time the credentials are valid, use the expiryWindow parameter. When the credentials provider sees that the cached credentials expire within the window it refreshes them automatically.

This setup makes sure the credentials are valid for at least 15 minutes. Limit permissions with roles for signed URLs
Using single-purpose roles for signing URLs helps achieve the least privilege. But there are some pitfalls along the way.

The AWS CLI provides the assume-role command to get a set of temporary credentials. It needs the role’s ARN and a session name.

The AccessKeyId, the SecretAccessKey, and the SessionToken form the credentials that you need to use the role. The easiest way is to use environment variables:

You can also use AWSudo to do this automatically: Two types of policies are required for roles. The first one is the trust policy that defines who can assume that role. This controls access to the role’s permissions.

The other one is the permissions policy that controls what the role can do.

The trust policy is a resource-based policy attached to the role. It defines who can assume the role. There are two ways of how a role can trust an identity.

First, it can define the identity using the Principal element. Since it hard-codes a user or a role there are no other policies needed.

Alternatively, it can trust an account, in which case the identity also needs permissions to assume the role. This is the more common scenario. A role can also trust a service in AWS. This is needed when you configure a service to use a specific role. Since, usually, even AWS services can not access resources in your account you can give them access this way.

This is the case in several cases, such as configuring an execution role for a Lambda function, giving access to CloudTrail to push events to CloudWatch Logs, and the EC2 instance profile.

The permissions policy is an identity-based policy that defines what the role can do. This lists all the permissions that users can do when they assume the role. This works the same as how policies attached to IAM users work. 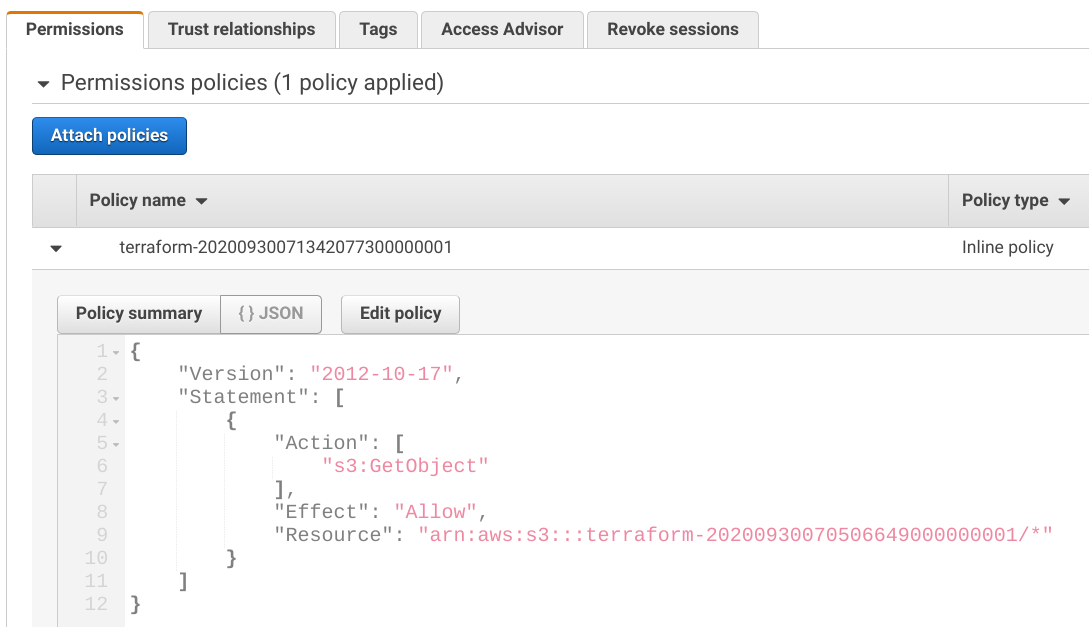 AWS IAM deep dive: How the policy evaluation logic works
How IAM decides whether or not to allow a request based on policies

IAM roles allow process-based handling of credentials instead of hardcoding long-lived secrets into systems. They are an integral part of an AWS account, and they are usually a superior alternative to users.

Tools provide first-class support to roles. The Console allows one-click switching even between accounts, the AWS CLI allows profiles to transparently assume and use roles.

Who gets to assume a role depends on the trust policy attached to it. This provides the primary access control to roles. Make sure it’s as locked down as possible as temporary credentials won’t help when an attacker can just request new ones.